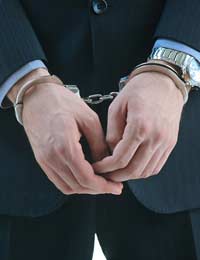 If a prisoner is released on parole or licence, they will be subject to supervision by their outside probation officer (called an offender manager.) At the point of release, an offender will be given a set of terms and conditions of their licence that they are advised to check before they are released. If an offender fails to comply with the terms of their licence they run the risk of being recalled to prison.

Why do People get Recalled?

Contrary to popular belief, it is not necessary to commit a further offence to be recalled to prison. Although being arrested for a further offence may be a reason to recall a prisoner on licence, this does not automatically mean that an offender will be recalled. Another reason that is often used to recall an offender on licence is if the offender’s ‘behaviour’ makes the offender manager believe that another crime is about to be committed. This is very widely interpreted, and may constitute e.g. drinking heavily or taking drugs, behaving strangely or erratically, amongst other things.

Another common reason for being recalled to prison is for breaching a licence condition. This again is widely defined and can range from failing to attend a probation appointment, being late back for a curfew, to going into an area where you are prohibited from entering by virtue of the conditions of your licence.

How Does Recall Work?

The Public Protection Casework Section (PPCS) of the National Offender Management Service makes the decision to recall offenders. The PPCS is given power to do so by the Secretary of State for Justice. When an offender is recalled, the local police are notified and the offender is arrested and taken into custody (police station.)

Offenders who have been recalled to prison will receive written reasons as to why they have been recalled. This is in the form of a ‘recall pack’. If the offender disagrees with the reasons for the recall it is possible to make representations against the recall. It is usually possible to get a lawyer to help with this process. Offenders who are not considered to pose a high risk of serious harm to the public will be released after 28 days (presuming they have not been sentenced to further terms of imprisonment in the meantime). At the 28 day review stage, the Parole Board can either decide to release the prisoner immediately, release them at a future date, order an oral hearing, or make no recommendation as to release at all. Other offenders will not be released but the Secretary of State is under a duty to review the detention of recalled prisoners on a regular basis (usually every six months.)

If an Offender is Not Released After 28 Days

In certain circumstances, the decision to recall may be liable to judicial review. It is always wise to seek the specialist advice of a lawyer before embarking on this course of action.