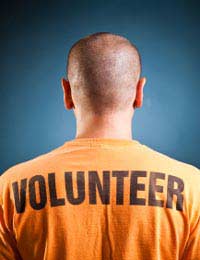 If you’ve pleaded guilty to a criminal offence, the judge or your defence lawyer may request a pre-sentence report. This is essentially an impartial report that gives the sentencing judge (or magistrates) an idea of your background and the most suitable punishment for the offence that you have committed. It is written with the seriousness of the offence in mind, as well as your suitability to carry out particular types of sentences (e.g. types of community sentences.)

If a pre-sentence report is ordered in your case, you will have an interview with a probation officer who then writes the report on you. For obvious reasons it is important to cooperate with the preparation of the report as otherwise this can have a negative impact on the sentence you are given. Some courts actually make it a condition of post-conviction bail that you cooperate with the probation service in ensuring that the report is written. If you do not turn up to the appointment, you can sometimes rearrange if there are extenuating circumstances, while in other cases you may have to be sentenced without the report.

What Is A Pre-Sentence Report For?

A pre-sentence report is intended to give the sentencing court some understanding as to why you committed the offence, how you feel about it now, and what your background, family and work circumstances are. Using this information, the court will decide the most appropriate sentence to give you. It is important to note that the court does not have to go along with the recommendation in the report, and the probation officer’s opinion is not binding on the type of sentence you get. This means, for example, that if you have committed a serious offence and the report recommends a lot of community punishment, you could still be sent to prison.

In practice, however, if you are sentenced in the magistrates’ court the bench will nearly always go along with the recommendation in the report. It is quite common, though, for judges in the crown court to take absolutely no notice of the pre-sentence report and to pass a completely different sentence instead. In some cases, this may be a totally different type of sentence. For example, a pre-sentence report that recommends a Community Punishment Order of 240 hours may be ignored by a judge who imposes a six month period of imprisonment suspended for two years.

Who Sees The Report?

The people who see the report are: you, your solicitor, your barrister (if you have one), the prosecution, the judge or magistrates, the court clerk and probation officers. You will be allowed an opportunity to read through your report before the sentencing hearing. If there is anything within the report that you disagree with you should let your lawyer know before you get into court so that the issue can be raised. The report will not be read out in court, but the prosecution, defence or judge can make reference to it or ask questions about it.

What If Prison Is Unavoidable?

In some cases, a pre-sentence report can be asked for even if a lengthy sentence of imprisonment is inevitable. This is because the report could affect the length of, or later management of, the sentence. It could also help to explain, for example, the fact that there has been a long period of time between previous convictions and the current offence.
Next Page