Home > Role of a Lawyer > Ethics and the Law

Ethics and the Law 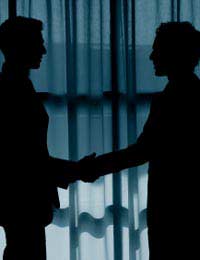 Barristers and solicitors are both required to work according to a set of rules that are issued by their professional regulatory bodies, called a ‘Code of Conduct’. In the case of solicitors, this is the Solicitors Regulation Authority and for barristers it is the Bar Standards Board. These are separate entities from the professional representative bodies, which are: the Law Society (solicitors) and the Bar Council (barristers).

However, if you have a complaint about a solicitor the first point of contact is generally with the Legal Complaints Service.

Both barristers and solicitors have positions of authority and must maintain their integrity at all times. Solicitors must not behave in a way that would diminish the trust the public has in the profession, and barristers must not do anything that is likely to bring the Bar (the collective term for barristers) into disrepute.

One of the fundamental differences between barristers and solicitors is the difference in the duties they owe to their clients. A solicitor’s duty is to his or her client, and they must act in the client’s best interests at all times. This duty is not all-encompassing however and there are certain situations in which a solicitor cannot continue to represent someone, for example if continuing to represent the client would mean breaking the law.

However, a barrister has a duty not only to his or her client but an equal duty to the court. For example a barrister cannot knowingly tell the court something that he knows to be wrong or untrue. If there is a conflict between the client’s instructions, and the barrister’s duty to the court, the barrister must in most circumstances withdraw from the case on the grounds that he is ‘professionally embarrassed’. There are only limited circumstances in which he is allowed to continue to act.

One of the most important aspects of the lawyer-client relationship is confidentiality. If a client did not think that he could speak freely and therefore withheld information about their case, a lawyer may not be able to provide accurate or appropriate advice.

The concept of confidentiality is the basis on which a lawyer is able to cite legal professional privilege for not disclosing information or the nature of communications to any other party. This applies, even during court proceedings, unless:

Barristers and solicitors cannot discriminate against anyone, and must observe anti-discrimination legislation at all times. This includes directly or indirectly discriminating against someone on the grounds of colour, sex, race, age, religion or nationality. The barristers’ ‘cab rank rule’ reflects this. This rule requires them to accept cases regardless of the identity or nature of the case against their client.

Unlike barristers, solicitors are able to hold clients’ money. However, there are rules that must be observed in relation to this. A solicitor must have a separate client account and not use clients’ funds for any other purpose. To do otherwise would be a serious breach of the solicitors’ code of conduct.
You might also like...