Home > Preparing For Court > Your First Time in a Courtroom

Your First Time in a Courtroom 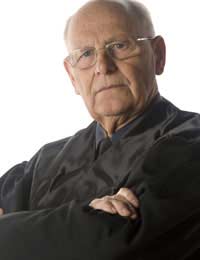 Few people have first hand experience of the various types of courts that operate across the UK. Attending court for the first time can be a stressful and daunting experience. The best way of approaching your court appearance is to gain as much information about the type of court you will be in and what will be expected of you.

What kind of Court Might I have to Attend?

In this type of court a case can be hear by up to three judges. They can sometimes be called Justices of the Peace. The court is also open to the public who can sit and watch the cases being heard. In front of the magistrate will sit the clerk of the court. The clerks give the magistrates’ legal advice as in many cases magistrates’ is not a trained lawyer. It is rare for anyone in these courts to wear wigs, but the court usher may wear a gown. Magistrates’ courts sit without a jury. The type of offences that these courts see means that a cases can be dealt with usually within a day.

These types of court are for young people between the ages of 10 and 17. The court looks exactly the same as a magistrates’ court, but the judges that preside over cases in a youth court are specially trained to handle cases involved very young people. Youth courts sit without a jury. Cases that come before the youth court are usually concluded within a day.

The layout of a Crown Court will be familiar to you as this kind of court is often used in television programs that feature a court case. A judge will sit on a raised platform at one end of the courtroom. The judge is usually addressed as ‘your honour’. When the judge enters the courtroom everyone stands.

The clerk of the court sits in front of the judge’s bench facing the court. The clerk is usually the only person that can pass messages from the jury to the judge. The clerk is also in contact with other parts of the court building. The court will also include a sound recordist. All Crown Court cases are recorded just in case the trial goes to appeal.

The court will also have a reporter. This isn’t a member of the press, but the person that usually operates the stenograph that make a written recording of everything that is said in the courtroom.

Behind the barristers will sit any supporting solicitors. These could be from the Crown Prosecution Service or police officers that are involved with the case being heard also sit here. The jury for the trial sits in a specific area usually near the defending barrister. Opposite the jury is the witness box.

The defendants sit in a dock with a custody officer near them. Behind the defendant is usually a small area for the public. Journalists must sit in a designated area especially for them. Outside of the courtroom itself is a smaller room where the jury retire to consider their verdict.

This type of court investigates sudden or violent deaths. The cases that coroners’ courts handle are called inquests. The coroner can be a lawyer, a doctor or even both. They will call witnesses when this is appropriate to give evidence about the case. After the witness has given their evidence, the family members of the victim can also ask the witness questions. Witness statements can also be written and read out in court. The coroner will take all the evidence that is presented to them and give their verdict. Once this is given you can contact the Coroner’s Office to obtain the Death Certificate.

The CCSS (Coroners’ Court Support Service) can be a great help to anyone that is attending a coroners’ court for the first time. You can contact the CCSS by telephoning: 0207 802 4763.

The Family Court and Young Offenders

What Happens Before a Court Appearance?

What to Expect in the Courtroom
Share Your Story, Join the Discussion or Seek Advice..
[Add a Comment]
My is on bail for abh towards my neighbor n isn't allowed on my street or to visit myself. So bcuz the neighbor who is pressing charges against my lives downstairs from me n he is trying to have contact with me . Is he supposed to be trying to speak 2 me when it's my partner that he is pressing charges against
Anteater - 26-Sep-21 @ 3:42 AM
My friend has been in remand from.september 2020 and bail has been refused twice . Is the presence obligatory for the person in remand when the lawyer applies for another bail ? As we have been told that she doesn't need to attend the video link , when the judge will decide the bail to be granted or not ! Many thanks
Dobby - 10-Mar-21 @ 8:05 PM
My ex partner is being charged for revenge porn he also breeched his bail but goin back to be charged to court breech bail thought be remand he has moved away to think hope he get away with it he has previous been prison for domestic violence will he do prison as feel he getting away with things and his previous feel no justic
Bello - 23-Jun-20 @ 9:33 AM
I want to know which court my husband will attend as he is charged with domestic violence and more allso would he be sentenced as he is 80 years old I am scared he will come back
Kay - 2-Apr-20 @ 8:14 PM
My partner is on remand and has been refused bail once, the charges have changed to a less serious charge now. Can he apply for bail again at the crown court? And if so how long does it take to get a decision?
JJG - 22-Jan-17 @ 10:37 PM
My partner is on remand in prison for 7weeks now. He appeared in crown court 6weeks ago accused of GBH against his ex partner. He has never been in trouble with the police before, ever! But was refused bail? His had his plea hearing now where he pleaded Not Gulity. The charge has now changed to ABH. His trial date has been set for end of march, can be apply for bail again? And how long does that take to get a decision?
J.J.G - 22-Jan-17 @ 10:34 PM
I am an accused on disability benefit I have been given full legal aid but I live in scotland and the trial is booked for 3 weeks in leicester 300 mls away will I get help to get therethanks
Bobo - 19-Dec-16 @ 6:33 PM
@Trisha - I'm afraid we can't possibly advise on what may happen at your bail hearing. However, I have included a link here to the CPS guide, where you may be able to find more information about the process you are going through. I hope this helps.
CourtroomAdvice - 15-Jun-15 @ 9:56 AM
I have been on bail condition since April, regards to domestic violence with. As my husband and kids gave the statements against me and my solicitor asked for my bail variation 3 times, but the cps is not allowing me.also my husband and kids have withdrew and dropped the case for me to go home but the cps is not allowing it to happen, I have the hearing on 9th July US my bail conditions ends, but my solicitor is now saying don't keep your hopes up us the decision might not be decided on same day and can be adjourned, I need to know please what will happen us I have been without my family and home since April and can't wait anymore from my family, please help me. Thanks Trisha
Trisha - 12-Jun-15 @ 12:10 AM
Title:
(never shown)
Firstname:
(never shown)
Surname:
(never shown)
Email:
(never shown)
Nickname:
(shown)
Comment:
Validate: