Home > The Justice Process > The Judge's Decision and Sentencing

The Judge's Decision and Sentencing 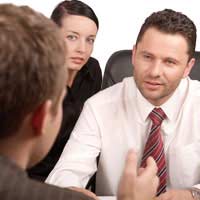 The vast majority of cases in England and Wales are heard by the magistrates’ court. The judge that sits in these courts can hand down a number of sentences and orders to offenders that are found guilty. These include:

Note that a magistrate who is hearing a case can refer the case itself to the Crown Court if they feel that the offender who has been found guilty requires a sentence that they do not have the power to impose. Just because you are appearing at a magistrates’ court doesn’t necessarily mean the sentence you could receive will be limited by the magistrates’ sentencing powers.

If you are under 21 years of age, there are a number of sentences that a judge can impose on you if found guilty of a crime. These include secure children’s homes for those aged 12-16. Secure training centres for offenders up to 17 years old, and youth offender institutions for offenders between 15 and 21.

Any young offender that pleads guilty or is found guilty by the court could be given a Detention and Training Order (DTO) by the judge. These can be given to anyone aged between 12 and 17. The sentence can range from 4 months to 2 years. The sentence is divided into a period in custody and a period in the community under the supervision of the youth offending team.

If the offender in court is below 21 years of age the judge can’t immediately hand down a custodial sentence. Before this can happen the court requests a social enquiry report. This report is also required before any community sentence is also passed.

In Scotland the sheriff’s court has limited powers of sentencing that include:Up to 3 months in prison.

Punishment & Rehabilitation
Share Your Story, Join the Discussion or Seek Advice..
Just been put on tag by magistates court which was more like a kangaroo court as i wasnt allowed to explain my side of story. My solicitor made a complete hash of it and even when i tried to give him information he declined it. I appealed the award 5 minutes after leaving the courtroom and i am in the process of writing to the ombudsman about my experience having informed the firm of solicitors about my feelings. Question is will the tag still be applied even though i have appealed ?
biglad - 5-Feb-15 @ 11:18 AM
Title:
(never shown)
Firstname:
(never shown)
Surname:
(never shown)
Email:
(never shown)
Nickname:
(shown)
Comment:
Validate: