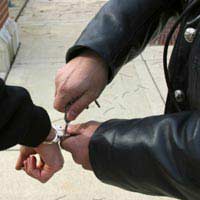 If a police investigation is ongoing into alleged criminal activity, you may be bailed to return to the police station on a future date. Once you have been charged with a criminal offence, the police are required to release you on bail unless one of the following applies:

If you are released on police bail and do not return on the date and at the time required, you may be charged with a separate criminal offence. This is called ‘failure to surrender’ and whilst you may not think that the actual penalty given for this offence is particularly serious, it does count as a ‘breach of trust’. Breaches of trust on a person’s criminal record may affect your ability to get bail if you are ever charged with an offence in the future.

Your bail from the police station may be conditional or unconditional. If there are conditions attached to your bail, you may for example be told that you have to reside at a specific address, report to a local police station, stay inside your house at certain hours of the day, not contact certain people or go to certain places, or provide a surety (a sum of money that you may lose if you fail to attend court.) You may also be told to surrender your passport.

If you breach any of these conditions, you may be arrested and brought before the magistrates court. You may be charged under the Bail Act 1976 and could also be remanded in custody until your trial.

While on police bail you can apply at the magistrates court to vary the conditions of the bail, although there is no guarantee that the court will allow such variations.

If you have not been convicted of any offence, you have a right to be granted bail unless certain exceptions apply. If the court thinks that you are likely to fail to attend court, interfere with witnesses or may commit further offences you will not be given bail. In determining whether any of these factors apply to you, the court will consider the nature and seriousness of the offence that you have been charged with, the strength of the evidence against you, your personal circumstances and community ties, any previous convictions and in particular any breaches of trust (such as failure to answer bail), as well as whether you have any other outstanding charges or are currently serving any other sentence. From April 2017, the maximum limit a person can spend on bail is 28 days. An extension of up to three months may be granted by a senior officer. For any further extension, an application will need to be made to a magistrate.

If the court decides that it is appropriate it can attach certain conditions to your bail so as to ensure, as far as possible that you return when you are supposed to. If you are asked to provide a surety, this is a sum of money – which you or someone else puts up on your behalf – that may have to be forfeit if you fail to surrender to bail. There is no need to pay this money to the court when you get bail, but you have to show that it is available if needed.

You have two chances to apply for bail at the magistrates court, or if there is a change in your circumstances. If this fails, you can apply for bail again at the crown court, known as ‘judge in chambers.’ You can also go to the High Court but this is rare.

If you do not get bail, there are limits on the amount of time you can spend in custody without the prosecution having to apply for an extension. These are:

Any extension must be fully justified by the prosecution in order to be granted by the court. You can find out more about what happens the first time you appear in court here.