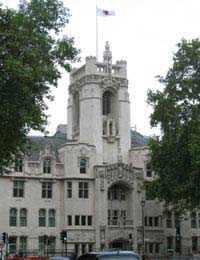 What Does the Supreme Court Do?

The Supreme Court hears civil cases from all over the United Kingdom, and criminal cases from England, Wales and Northern Ireland. It is the only court in the UK in which virtually all proceedings are filmed. In some cases, the proceedings are broadcast on television.

The ‘relevant conditions’ are that there is a point of ‘general public importance’ and that the question relates either to the interpretation of a statute or statutory instrument, or that the judge requires clarification on a point that has been fully considered by judgments in the Court of Appeal or the Supreme Court, and on whom the judgment would be binding.

What Happens at the Family Court?
Share Your Story, Join the Discussion or Seek Advice..
It appears, that it may not be entirely clear as to how one goes about applying for a point of law to be certified by the High Court (Divisional) Administrative Court, in relation to refusal to grant permission for judicial review, in a case that is classed as being of ' criminal cause' and therefore dealt with as a divisional court matter.
DJ - 7-Apr-11 @ 11:15 AM
Title:
(never shown)
Firstname:
(never shown)
Surname:
(never shown)
Email:
(never shown)
Nickname:
(shown)
Comment:
Validate: