Home > Ask Our Experts > Person Has Been Charged, Can Police Continue Investigation? 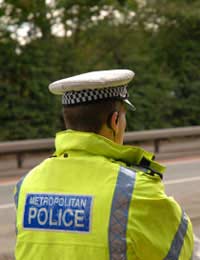 Once the police have issued charges against people in a case - can they then continue their investigations?

For example, after charges have been made can they then proceed to go and visit possible witnesses for statements relating to the people that have been charged and the charges?

Whether the police continue to investigate a crime will generally depend on the crime itself. Relatively minor offences such as defacing a building with graffiti or shoplifting won’t normally be investigated further. This is because the police will have all the evidence they need to prosecute at the time the formal charge is made to the accused.

You are right that the law did state that suspects that had been charged could no longer be questioned, but this has now been a change in the law that enables the police to question a suspect after they have been charged. This is to allow the police to continue their detailed investigations even after the suspect’s trial has begun. It is not unheard of for a trial to be stopped because the police have uncovered new evidence. The police continue to investigate, as it is always a possibility they are prosecuting an innocent person.

More serious crimes such as murder or rape for instance will often be investigated right up until the trial begins. Under UK law, a suspect has to be charged within a certain time limit. At the moment you could be held for only up to 28 days before the police would have to charge you. With complex criminal cases it is often the case that a suspect has to be charged before the police have completed their full investigation as they have run out of time to charge a suspect.

Generally, an investigation will continue until the police have gathered all the evidence they think they will need to ensure a conviction. Even after a suspect has been charged, the police may have to wait for accomplices to be caught, or witnesses to be located. In assault cases the police may have to wait for the victim to recover before they can give their evidence. This could be longer than 28 days, so the police have no choice but to charge their suspect or risk the suspect absconding.

You should also be aware that the police often do not completely close a case file that they have been working on. Cold cases as they are called are crimes that the police were unable to obtain enough evidence to secure a conviction at the time of the crime being committed.

With advances in DNA technology, a cold case will often be re-investigated as the police now feel they have the tools to gain enough evidence for a conviction. The recent Rachel Nickell murder conviction was obtained as DNA technology had progressed to the point where Robert Napper could be positively identified as the killer.