Support if You are a Witness to a Crime 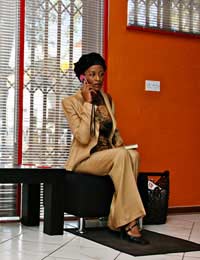 Most of the cases that come before the courts don't actually require the witnesses to the crime to go to court to give their evidence. When the police interviewed you they would have taken a full statement. Both the defence and prosecution lawyers will decide if they need to ask you any further questions that will require that you appear at the court in person.

If you are called to court as a witness there are few ways you can get out of not appearing. However, if you can produce a doctor's note that clearly states that you have a medical condition that prevents you from coming to court, you may be excused a court appearance. Remember that if you are summoned to court as a witness you must appear. If you don't you could be arrested, fined and even sent to prison as failure to appear is contempt of court, which is a serious offence.

When you report a crime to the police they may ask you come to the police station to look at photographs of convicted criminals to try and identify the person or persons you witnessed committing the crime. You may also be asked to take part in an identity parade. This is completely anonymous, as the people in the parade can't see you. Before you leave the police station you will be given a leaflet called 'Witness in Court' that is produced by the Home Office. You can download a copy from the Home Office website at: www.homeoffice.gov.uk/documents/witness.pdf.

One the day you have to give your evidence make sure you:

The thought of standing in court and giving evidence can be a daunting prospect for most people. To help people cope with being a witness, the Witness Support Service run by Victim Support can help you before, during and after you have given your evidence. There is a Witness Support service across the UK. You can get contact details on their website at: www.victimsupport.org.uk. In Scotland you can call the Victim Support helpline that can give you information about witness support on: 0845 6039 213.

Being a witness in court can be a very traumatic experience for children. The NSPCC's Young Witness Support program can help children when they are faced with a court hearing in a criminal case. Their help is impartial in that they focus on the needs of the child and have no knowledge of the cases that the child is a witness in. The service also supports the child after the trial has ended as children may have issues that they still need support dealing with. You can get more information about this service by telephoning: 0808 800 5000.

Very young witnesses are often given the chance to give their testimony via video link. This is to protect the child from any excessive stress as they give their evidence. You should ask your solicitor or Victim support about how this system works and if your child could benefit by using a video link.

Victim Support After a Crime

When You Are the Victim of Domestic Violence

Claim Compensation for Criminal Injury
Share Your Story, Join the Discussion or Seek Advice..
[Add a Comment]
Im due to court and im ill ive a severebad back and also laid up with flu my sick note has been issued for the last 18 months do i have to attend cpurt i am not up to it
Trac - 31-Oct-18 @ 1:54 PM
If I know the man that has been arrested & I am called up to witness something he has done do I have to go to court as I know him & his friends
Wild child - 15-Jan-17 @ 10:51 AM
can I drop the charges on my partner who damage my house.he been to court yesterday hein the bail hostel I am a witness to this crime .buthe broke is conditional discharge what will happen
sweetpea - 27-Jan-16 @ 10:17 PM
having allowed the police to take statements from my 6 & 9yr old girls involving a complaint at the local park im starting to think they are going to be used as main court evidence as a man has been arrested. I didnt expect this as the park had many witnesses to question, i presumed the older girls would make more credible evidence after police interviewed more witnesses & suffer less trauma. I now regret allowing their questioning & seek to decline the police the right to use my children. Thus forcing them to use older girls to gain conviction. Have i the right to protect my children from taking things any further?
seagulls - 12-Sep-15 @ 4:25 AM
Thank you, I love how doctor Chantrenne is always absolutely right all the time on every subject, amazing person you are lady! and thinking about it, I just kind of agree with all because your point of view prevents an argument and closes the subject. No matter what you have to say .o).
Lawrence - 15-Mar-13 @ 2:46 PM
We all know in today's world, nobody can report a crime anonymously....Here in the US every 911 call is taped and traced After that, if it goes to trial, the person who reported the crime must testify and face a defense lawyer who is determined to ruin the reporter's credibility and attack the reporter's character by any means and just trying to break up a crime in progress can get you physically harmed or .... maybe killed. So ... let's not be so quick to judgment here ....Most people do the right thing or try to do the right thing..... butin some situations, however .... doing the right thing can ruin your life.... yep...
Coco Chantrenne, M.B - 7-Dec-12 @ 12:50 AM
Title:
(never shown)
Firstname:
(never shown)
Surname:
(never shown)
Email:
(never shown)
Nickname:
(shown)
Comment:
Validate: